Solid Advice from One of L.A.'s Funniest Humans 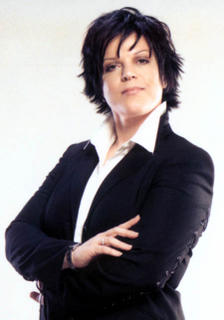 This is April Winchell.

April is a rather brilliant and wickedly funny woman. In fact, she is one of L.A.'s 25 funniest people, according to Los Angeles Magazine. (And that's no mean feat, folks.)

April has a hilarious blog, and all sorts of interesting irons in the fire right now. (See her September 10th on the Style Network, mocking the crap out of fashion and the hanger-people who wear it, on "The F Word" - this should be great.)

And, April is a marvelous human being too. She linked to my humble blog this evening, which means I need to actually start posting some stuff other than me whining about my dead hard drive.

In fact, April's brilliant advice was, and I quote: "Pimp your radio pieces!" Better advice was never given.

So, if you've stumbled onto my blog from April's slice o' paradise - welcome! This blog is a mixed bag of stuff, some of it funny, some of it just self-indulgent (and then, there's that post about the dog condoms...)

And, if I haven't chased you away yet, I invite you to listen to my short commentaries on WAMU's Metro Connection show! WAMU is Washington DC's exceptional public radio station. (Doing public radio commentary is on my list of Cool Things To Do in My Life, along with "become a National Geographic photographer"...)

My first two commentaries are archived for your listening pleasure on WAMU's site:

My first commentary: Fireworks Envy (or, why it bites to be a Midwesterner in an uptight Eastern county in the summer...)

My second commentary: Rockville Pike (Shopping, food, and cremation - how can you beat that combo?!?)

Thanks for dropping by!
Posted by Merujo at 1:25 AM