Much has been made here in DC this week of Ana Marie Cox leaving her post as resident Wonkette to take up the writing of novels and nonfiction books full-time. Go with God, lady. I am not tuned in to the Washington Power Thing. I have never given a crap about the fools on Capital Hill, so I've never been a big Wonkette reader. No offense to Ms. Cox, it simply reflects my lack of interest in most things connected to the pond scum floating around official Washington.

Which makes me think of this picture: 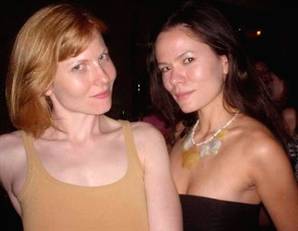 That's "Wonkette", Ana Marie Cox, on the left, with her erstwhile good buddy Jessica "Hill Skank" Cutler, the so-called "Washingtonienne" who banged a bunch of Capital Hill morons (who gratefully "subsidized" her living expenses - that's her choice of verb, folks.) Ms. Cutler eventually waved her sleaze flag high in a really bad book while the scuzzy guys involved in this scenario tried to dig their heads deeper and deeper in the sand. (Of course, there's a tremendously rich history of disgustingly sleazy guys on Capital Hill, so I don't know why they ever bothered.)

Back to the picture...

This image is everywhere this week. Look! Wonkette and Washingtonienne together! The raunchy, witty blog writer shoulder to shoulder with the person least deserving of being a DC "celebrity." Ooooh!

I saw this photo at least five times today on different websites, and something kept bothering me. What was it??? 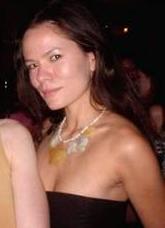 SKELETOR!!!
The resemblance is quite remarkable. Look again. 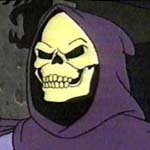 Congratulations, Skeletorienne, on keeping your true identity hidden for so long!

It's like watching an episode of "Bones" in real life. Nice. ;]

I'm hoping these particular Bones fade away from the DC landscape muy rapido!