Ups, Downs, and the Joy of Action Figures

Maybe having a smartphone of some sort isn't such a bad thing.

I had a doctor's appointment this afternoon, and was Internet-free for several hours. Of course - OF COURSE - I miss an e-mail from Imogen Heap that she'd sweetly put me on the guest list for her sold-out show tonight at the historic 6th & I Synagogue (a building with super sweet acoustics that was, as I understand it, largely saved from destruction by the late, generous Abe Pollin.) As I looked at the clock and realized that the concert was likely wrapping up when I discovered the e-mail in my in-box, I just sat here and muttered a few choice obscenities. It's not often that I'm on anyone's guest list, and I bet this was a great gig.

I'll ponder my apology to the lovely Ms. Heap over a glass of warm milk in a few minutes.

Now, the happy yang to my unhappy yin: along with the missed opportunity, my in-box included a set of photos from my sister, the social worker. She had procured a 12" WASP WWII pilot action figure a few months ago when I found them for sale online. And, a few weeks later, she came across a 12" Indiana Jones action figure at a garage sale. Now, my mom had a thing for Harrison Ford. (What warm-blooded woman didn't? At least before he started dating skeletons and visiting Kansas City strip clubs and getting earrings with guys from 60 Minutes, that is.)

My sister took the time to take some action shots of "Mom" and Harrison. Enjoy: 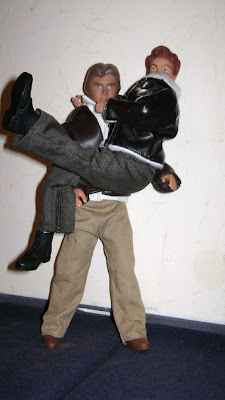 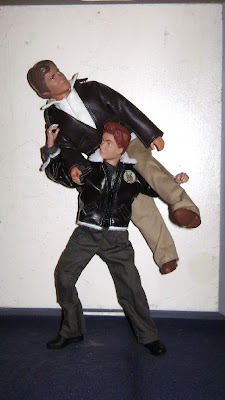 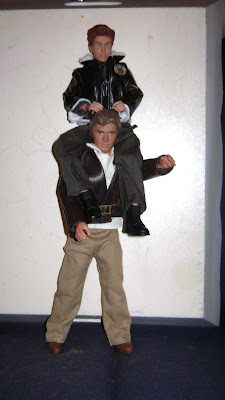 Know what this is, Harrison? It's a brain eater.
And you know what it's doin'? STARVING!

I think Mom would have approved. And laughed. At the very least, it made me laugh tonight. Now, where's that glass of milk and words to apologize for missing the concert???
Posted by Merujo at 11:00 PM

Cool action photos! I'm sure your mother would have approved.