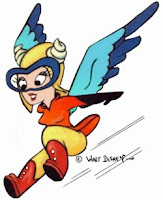 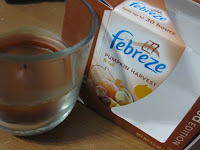 Enjoy your drawing class-- how wonderful!

But man... that really sucks re: Snowpocalypse. Just ugh.

Glad you made it through the storms.

FWIW, the Vietnam Vets came and picked up bags and bags of books and clothes we were giving away even in all the snow. We thought surely they'd reschedule the pick up but they came!

Do you suppose there's a connection between breathing things like Febreeze candles and respiratory problems? I've no evidence but I do wonder.

Congrats, too, on your mom's medal! Fantastic!

It's good to be back - I feel pretty rusty with words right now. I think the Febreeze candles certainly did not help my breathing situation. God only knows what chemicals they put out. All done with that nonsense now.

Think I found an ENT to see on Thursday. That's a bit of a wait, but hey, I've been sick for nearly two weeks now, so what's a couple more days, eh?

I'll have to report on how drawing class goes. :)

So glad you finally were able to post something... sorry to hear you were snowed in without power!!...
I was starting to worry about you all the way down here in Ga!!
Sj

I have had the cough cough thing since 22 December and am still not over it yet. Been to doctor four times and took all kinds of stuff but this is chronic bronchitis and I also have emphysema and asthma so it is a nightmare. I am better now than I was but enough is enough.

I enjoyed your blog very much.

This Winter isn't going away! I'm tired of it, but then I'm originally from Florida, so I reserve my right to bitch about the cold.

Hope you are feeling better, Merujo.