Not that I find anything even vaguely amusing about either of these guys and I hope you won't find me too crass in saying this, but...

Am I the only person who's noticed an uncanny resemblance between the scary-ass fake old guy in the Six Flags commercials: 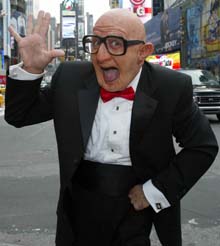 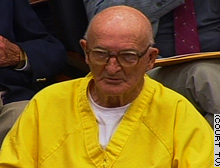 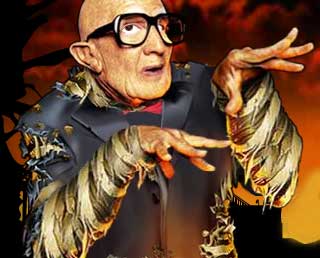 Guaranteed to give you nightmares...

Ditto on the nightmares thing.

Just curious. Perhaps it's only me... Maybe this will encourage Six Flags to get rid of that incredibly creepy ad campaign.
Posted by Merujo at 12:46 PM

I was actually just thinking yesterday, after seeing a Six Flags commercial, "Who thought that would be a good idea, and why did everyone else go along with it?" They bother creep me out, but I would have to say the Six Flags guy creeps me out more.

Great minds think alike. I was going to post this very same observation on my blog this evening!

I guess there are alot of us out there who are creeped out by the Six Flags guy. (His official name is "Mr. Six" -- which just makes him all the more creepy in my book.)

Mr. Six, eh? That is creepy. Like he's a special needs Bond villian.

I would rather have read your take on this separated at birth case than mine! I bet your entry would have been simply inspired.

Well... that is just spooky.

Consider me freaked out.

you weren't the only one - i saw this type of post on a few blogs the last few days. and another blog (pauldavidson's words for my enjoyment) with an expose on the identity of mr. six. weirdness all around...

I am so relieved to know that I'm not the only person disturbed by "Mr. Six"... What a creepy ad concept, truly, truly.