I am having a creatively unproductive day. I blame yesterday.

I ended up at my gym, treadmilling away at 8:30 p.m. This is a weird time to be working out, and I think my body rebelled. When I left the gym, I walked over to the auto supply store across the parking lot to buy new windshield wipers. Being on the broke side, I decided to get just the refill blades for $3.99 a piece rather than the whole assembly for $7.99 a piece.

I cannot be trusted around mechnical devices, sharp objects, and my own feet. I am dangerously clumsy and have the healed bagel knife wounds, bruises, and x-rays of my broken leg and foot to prove it. I should have known that inserting the blade refills would end up in blood and swearing. Amazingly, I waited until the very last second of the refilling process to slice my palm open, but, true to form, I still managed a last minute injury. I drove home with one hand, the other one dripping more blood than I felt was necessary.

Then, after fixing the hand, showering, yakking with two friends and having a tiny dinner at 11-something (bad idea #12), I slept horribly (and only for about 4 hours). I dreamed first that I was in a Russian sports stadium with my mother, standing in line at the snack bar. I was speaking Russian, but it was the linguistic dream equivalent of running slow motion in mud. I was speaking at such a glacial pace, it drove me batty. To quote a friend, "It made my ass chew gum." Ugh.

The dream switched to downtown Bethesda, where, apparently, after an apocalyptic event, pig-stealing, angry mutant zombies were on the prowl. (Don't even ask where you get pigs in suburban DC.) In order to ward off the zombies, you had to raise your hand in a protective gesture and say "Life for your pig." Uhmmmm... yeah. Okay.

It was all very odd. Made getting up this morning fairly easy. 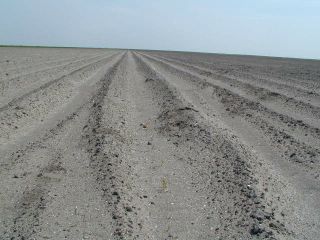 I ended up catnapping on the sofa this afternoon, trying to get caught up from last night. Woke up to hear Judge Judy harping at someone on my TV. "Listen to me, madame! Blah blah blah Ginger blah blah blah don't pee on my leg blah blah bah..." Ugh.

So, no gymming at 8:30 tonight. No home car repairs in a dark parking lot. And no dinner at 11-something. I sincerely hope to feel more creative tomorrow morning. I have words to put to paper, with an actual purpose. (More on that later.)

Today would have been my parents' 61st wedding anniversary. I just realized that. I hope one of my sisters went out to lay some flowers in the cemetery...
Posted by Merujo at 5:29 PM

I hope that your poor hand heals soon, that your windshield wipers work perfectly and that you may always have a pig on hand during a Zombie invasion...

PS: I hope the flowers made it too...