Interview with a Sweaty Vampire

Well, not really, but it was a sultry stinkfest in DC today. And, lord knows, there's nothing better than going for a job interview on the most humid, junglelike day of the whole week. Ms. Frizzhead here had so much product in her hair, it looked like a liquid latex helmet. (Of course, by the afternoon, the frizz had returned.)

It took me 75 minutes to drive 11 miles from my place to the interview location on M Street. That was a wee bit longer than I'd anticipated, but I'd built in extra time for my drive. In DC, you never know when you might get "motorcaded" and stuck for 5, 10, 15, 20 minutes. Once, waiting for Bush to travel the mile or so from the White House to the Capitol, I was trapped in traffic for 40 minutes - the motorcycle cop holding up traffic at Pennsylvania & 13th never got the clearance to let us go, and so we sat for a good 35 minutes longer than necessary. This situation was made worse by the fact that I'd dropped one of my colleagues off at the CVS around the corner right before traffic was stopped. I was supposed to circle the block once and fetch her again so that we could head off to an evening movie. She thought I'd abandoned her, and she was fuming when I finally was able to return. Why she hadn't peeked around the corner through all this, though, I will never know.

Today's traffic was ungodly, but not uncommon. It's been so long since I've driven into the city, I'd forgotten how much I hate that commute. Fortunately, there is a Metro station three blocks away (although, post-9/11, commuting by Metro isn't my fondest wish either.) I found parking a half-block from my appointment and cruised in right on time. Had a very good interview, indeed. I felt like I was a pilgrim at Mecca or the Vatican. To work for this organization would be a childhood dream achieved (except I wouldn't get to be out in the field.) It's somewhat weird to think of working there, yet I think it's a real possibility. 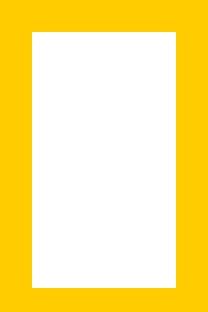 Guess the non-profit, win a prize.


Successful first round candidates will be brought back for another round of interviews the week of the 27th. That's cool. Then, the decision will come in October, with a start in early November. This would make a fine 40th birthday present. I think I did well. My thank you letters are written. Here's hoping for a call to the second round.

i'm glad it went well despite the heat and frizz. fingers crossed for you :)

Thank you so much!! Here's hoping!!