I recorded an audioblog on my way home from work today. I was inspired by the hideous Clark Griswold-esque Christmas lights already covering this entire house in Chevy Chase. I even described it as looking like a low-rent elf bordello.

But now that I'm home, there is no audioblog entry. Yet, I confirmed the dang thing after I recorded it. I "hit one to post" and the little Audioblog computer guy thanked me and everything. Oh well. It wasn't that good, really.

However, I cannot pass up commenting on the fact that I made a Chevy Chase movie reference about a house in Chevy Chase, Maryland. 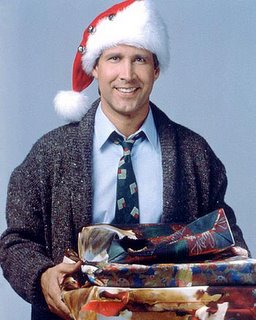 Hey kids! Know what this is?
It's the last time Chevy Chase was ever funny.
(And even that was pushing a point...)
Posted by Merujo at 7:54 PM