What a difference a year makes... 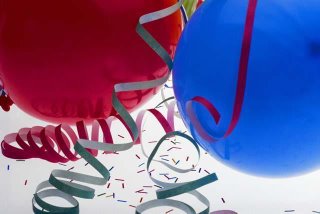 I started the Church of the Big Sky one year ago today. In retrospect, the week of March 12, 2005 was just jam-packed with Major Events for me. Of course, on the 12th, I had no clue that the following days would hold such import for me...

In truth, I started blogging in 2003, on another service, but I ended that run in February 2004, after I got some really creepy feedback to a post I wrote. I figured blogging just wasn't for me. C'est la vie, no?

On the other hand, I did think that blogging was something for my friend, the Sasquatch. He had

a sea of opinions and good ideas and things about which he needed to rant. I kept telling him that he needed to write this stuff down, otherwise, his words went to waste (or into my tiny, dinosaur-like brain.) And finally, in February last year, the Sasquatch started his blog, The Patterson Film.
The Sasquatch wasn't sure if he was going to keep at this whole blogging thing, so, in an effort to prod him to keep writing (and he's a good damn writer and should write more!!), I decided to dip my toes into the blog pool again. My first post was simply me bitching about how much much a subscription to Entertainment Weekly costs.

Yes. A post of grrrrreat significance! What an auspicious start. There's one more quickie post the next day, and then, silence for several days. Funny how getting your ass kicked out of your office tends to stifle the muse. (If she who encourages you to whine about the cost of Entertainment Weekly can really be called a muse, that is...) 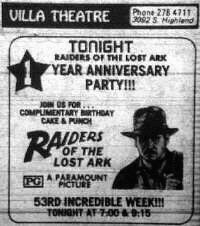 But then, the desire (and the need) to write returned. I hadn't told many people I was blogging, but it was comforting to know that my dear friends, the Sasquatch and the Atomic Editor, were reading and understanding and worrying for me.

Over the past year, this blog has been a saving grace in my life. It's been a way to reach out when things were dark, focus on something positive, improve my writing (that's questionable, especially since I've developed my own hideously ungrammatical "blog style"), and just tell some of the thousands of weird stories in my head. I am a weirdness magnet, and I think I've barely scratched the surface with what I've posted here.

I like the fact that I've met some really great people out here and have also had the chance to enhance friendships started in other venues. I've had a couple of stalkers and even had my share of haters and detractors, including the guy who left a comment - back when I took anonymous comments - telling me that I should just give up on my job hunt and kill myself. (Nice! I hope you Purell those fingers before you touch anyone, bubba!)

It's been interesting and addictive, and I look forward to telling more stories as time goes on. Lord knows, I'll probably end up going to back to the Hellmouth 7/11 at some point, and that'll be guaranteed blog gold. (Well, bronze, at least!) 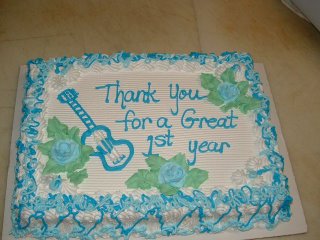 And, hey, when you're blog-surfing, please pay a visit to my friend, the Sasquatch. The guy writes a lot better than I do. Plus, he doesn't spew random crap out on his page like yours truly - when he posts, it's because he's actually got something to say. And I hope he keeps it up. We have to keep him off the streets, folks... 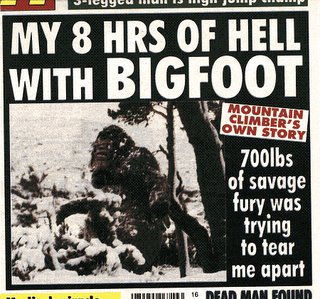 happy one year blogoversary lady! i for one am glad i met you in the blogoverse...

And many many more.