It's Better To Travel, Part I

This wasn’t going to be a traditional vacation. My brother Ed had died on June 2nd, and this was more of a thoughtful journey, full of time for reflection, quiet reading, and catching up on much needed sleep.

I had forgotten that this would be a trek with Merujo’s family. Ain’t nuthin’ quiet or reflective about that, folks. No way, no how.

Instead, it was a journey jam-packed with bad photography, irreverent positioning (and decorating) of a funeral urn, various grilled meats, and one surly teenager.

And it started late. I departed DC much later than planned. In fact, the Sasquatch had returned from his sojourn to before I hit the road, although our paths crossed only briefly via telephone. My thinking was so scattered before I set out, my car was overloaded with junk, too many articles of clothing, and groceries I’d forgotten to unload at home. (But hey, I was going to a cabin in rural , so maybe that 12-roll pack of Cottonelle might come in handy, right?) 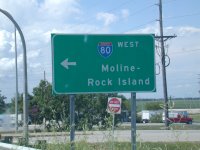 I dutifully sun-screened my left arm, permanently darkened into a truck driver tan by years of driving up to New Jersey and back, put on a baseball cap to keep my frizzy hair out of my eyes, and I was on the road. It’s a simple route from Here to There: I-270 to I-70 to I-76 to I-80, and – 13 or 14 hours later – BAM – you’re in Moline, Illinois, self-proclaimed Farm Implement Capital of the World.

I love . I love it especially in the summer evenings, when you lie out on the grass at the park not far from my parents’ old house and see great fields of stars from the hillside, watching the fireflies and hoping to catch a breeze in the humid prairie night. Then again, I’m idealizing it. I grew up there before the meth labs and gangs brought their taint to my little river city.

Still, I really do love it.

Yet, I cannot see myself returning to it to live full-time. I think my path has taken a slightly more urban turn, and I finally have a job I love in a place where I’d long dreamed of working. But I still can come home and see family and friends and relax.

Except this trip wasn’t going to be particularly relaxing. Nope. Nope. Nope. My brother was gone, I hadn’t had time to mourn, and I was a ball of stress.

I set out in sunny weather, with my little mp3 player plugged into the cassette slot on the car dash. A few new songs were peppered into 8 hours of old friends – Thomas Dolby, Michael Penn, Erasure, Joe Jackson, kd lang, the Pet Shop Boys, Paul McCartney, Elvis Costello, Marshall Crenshaw, U2… Comfort music from my younger days mingled with sparks and flirtations of the new music I barely listen to these days, like KT Tunstall and Carey Ott and a leeeetle bit of Coldplay (already yesterday’s news in music terms, by now, I’m sure.)

A cooler full of Diet Crack (aka Coke Zero) insured that I would be wired and thumping for hours and hours, and my bumble-bee yellow and black National Geographic baseball cap, turned backwards on my oversized cranium, kept the hair stragglers out of my eyes as I drove with the windows down. It simply wasn’t hot enough to bother with the air conditioning, especially as the traffic roared at 85 mph down the Interstates.

brought the old tobacco barns on I-76, paint peeling, but still advertising Mail Pouch Tobacco in broad strokes on brown planks. There was no place to pull over to snap photos, but I found this photo of a similar barn in on www.forgottenoh.com:

I’m not a big tobacco fan, but I love these vestiges of vintage roadside . (I get very excited when I find old Burma Shave signs still out along old swaths of highway.)

I sailed smoothly across , thinking briefly of stopping in (which rocks, I hear) to visit the Rock and Roll Hall of Fame. But, it didn’t seem right or appropriate. I was headed home, where family was waiting, and two of my sisters were already out at a state park cabin at , anticipating my arrival. So, I breezed on.

And then, I hit . should have been a cakewalk. Speed limit of 70 mph (not that it mattered, since 80-85 seemed to be the middling speed of the day) and I was chasing the sunset. But I did not count on those random variables known as The Unfortunate Accidents. My first happened somewhere around , by the exit for Notre Dame. Somehow, a semi had gone airborne, wiping out a passenger car in the process, and landed on a hillside, twisted and flattened. The trailer had been opened like a massive piñata, spilling a tremendous jumble of boxes in large splintered slivers all over the east and westbound lanes of I-80. I counted at least 16 emergency vehicles along the road. I noticed that the ambulances did not move the entire time I was stuck in traffic, which is never a good sign. Getting through the back-up took nearly two hours, by which time I was in need of caffeine and hoping for clear roads the rest of the way.

But, to quote Rene Belloq, “it was not meant to be, cherie.” Before I could depart the land of the Hoosiers for the , I encountered my second accident – this one clearly fatal – as I watched an emergency crew remove the unmoving form of a man from the windshield of what had once been a BMW. The driver had become lodged in the glass, and three workers tugged his lifeless body from the pane just as I drove by – a sobering reminder that even the nicest car isn’t a guarantee of safety on a high-speed highway at sunset.

Long story short (too late for that, eh?) – I arrived at my sister’s home in at nearly 3 in the morning. My brother Air was waiting for me, and, honestly, I don’t think I even made it up the stairs to brush my teeth before collapsing on the hide-a-bed in the living room in a deep, sudden sleep. Sleeping on that freaking hide-a-bed is the equivalent of trying to rest on a medieval torture rack, so I know I was one tuckered puppy to sleep without moving at all for a good six hours. 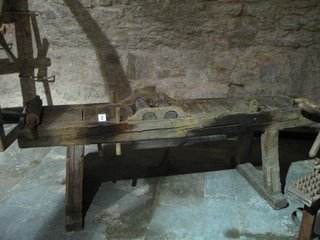 I was awakened by my brother, who had probably been stirring for quite some time before I bothered to open my eyes. He and his partner H-J made strong coffee and talked for a couple of hours while I got my bearings. I still had another 3 ½ hours to drive to reach the cabin, deep in southeastern . To be honest, I didn’t want to drive anymore, but people were waiting, and I had a hankering for a quiet lake and the smell of a fire circle. 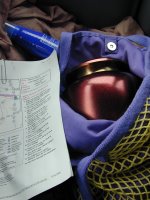 It was decided that I would carry our brother’s ashes with me to the cabin. Ed had always wanted to travel, but, other than childhood trips with the family, he’d never actually done it. Finally, in his burgundy urn, Ed would take one last summer road trip, deep into , the state where he was born. I asked Air Jordan to carry the urn to the car - I was afraid I'd drop it. Damn thing must have been lead-lined, from the sheer weight. We tried to pop the top so I could just carry a portion of the ashes with me, but we couldn’t get it to budge, and I didn’t relish the thought of having to use my sister’s DustBuster to collect Ed from the dining room floor. Air tucked Ed’s urn into a hideous lavender canvas beach bag (with gold fishneting!) and put him in the passenger seat. Reluctant to spend more hours behind the wheel, I headed out for ...

I'm so sorry to read about the death of your brother. What a great story, though. Thinking about you.

So far, so real....I like the name Air Jordan for Michael. I think I'll have a tee shirt made up with that moniker!

Reya - thanks so much for the good thoughts and words! Greatly appreciated!

Welcome back! I look forward to reading the rest, but I'll have to come back for it later.