Sorry the last post was such a bummer. Some weeks are better than others, you know?

Although it's not a refund from Verizon for the phone call, they accidentally gave me a gift of sorts Saturday night. Well, not so much a gift, but an extended biology lesson. Sometimes, when the batteries are running low on my remote, you press a button and instead of getting the pressed number once, you get it three times. If that three-digit number isn't a legit channel, it will throw you to the end of the channel listing, somewhere in the 800s. Usually, that's something in Chinese - bad soap operas, Chinese home shopping, you name it. This time, I tried to dial up some late night news on the boob tube, but the numbers stuck. I know 888 is a lucky number in China.

And I, apparently, won some Beijing bachelor's jackpot.

How do I put this? There certainly were Asians on my TV, and they were offering some drama, but... well... it was of the tremendously nekkid variety.

Of course, being the curious type, I decided to watch. Hey - it was free. I was home alone. I'm an adult. What's the harm, eh? Apparently, my freebie movie was called "Eleven Girls in Three-Ways." Lucky me. There was no dialogue. (Okay, there was a leeetle bit of dialogue. Usually it was in the form of grunted commands from guys with a lot of tribal tattoos. Or queries about whether the female participants liked it "that way.")

For the most part, there was just a lot of... uh... penetrating action. Yeah, that's the way to describe it. And a lot of ass-smacking. I was waiting for the one woman to stop the action and say, "Knock that shit off! I work an office temp job tomorrow!" I hope the director bought her an inflatable donut. 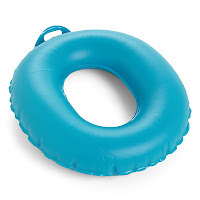 Hell, one sequence was being shot by a male participant. And if he's going to shoot film like that again, he needs to work on his abs. His midsection was getting in the way.

But, perhaps I have said too much...

Hey - single girls with no cash can't be too choosy about entertainment, eh? So when something free falls into your lap (eek - poor choice of phrase there), you have to go with it! I went into the On Demand system today and found out that sucker costs $14.99 to rent for six hours! (Perhaps "sucker" was a poor word choice, too.) Doing the porn math, that's roughly 20 cents a minute (it was 72 minutes long, according to the on-screen info) or, if you split it between the eleven girls, that's a buck thirty-six per girl. The filmmakers didn't give us a, uh, head count (snerk) on the guys and I didn't count the actual number of three-ways; sorry I'm missing those equations for you.

This morning, the Sasquatch took me to see Indiana Jones and the Kingdom of the Crystal Skull - it was fun, by the way! I really enjoyed it. Good movie, good company!

Who knew Harrison Ford and Steven Spielberg were such entertainment bargains?!?

Wow. That's something I never figured I'd be writing.

I do want to see some of the Hollywood Blockbuster stuff this summer, but I opted this weekend to go see a British comedy showing at an artsy-type cinema called "Son of Rambow" today, and I had a great time.

I saw Indiana Jones and blogged about it. I'm afraid I hated it. He needs to hang up his fedora, and I hate crappy scripts with flaws.

There are some guys 60 and over who are damn hot. I really need to have my boyfriend (something I didn't think I'd be saying ever again) take me to see this one...... hmmm.

Glad Sasquatch took you to see it, you got out. Oh, happy belated birthday to him, also. (And the one he loves, wtf, you don't mean YOU??? I'm confuzzled.)