I Suck at Poetry: the Autumn is A-Comin' Edition 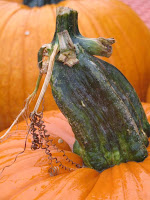 Yes, I know I suck at poetry. But ever since I was a kid, I've had these moments where words well up in my brain, but make no sense in narrative prose. And so, even though I do suck at it, I write verse. Free verse. If you can tolerate reading this, you'll see it's... uh... very free verse. No form, no rhyme, a little reason.

(And in the darkness, some aging dude with a bandanna wrapped around his forehead flicks open his Zippo, holds it to the sky and cries, "Play free verse!")

In my head, it started out as a cheerful burst of autumn tribute. Then, it kinda went all Stephen King-y. Go figure. Like I said, I suck at poetry.

summer steam
and swelter
dried and crushed
under heel

that first crisp night
of autumn

the wind that’s
a little cooler
than the day
before

firm and young and ripe
for the picking
for the harvest

before the snap
and the chill 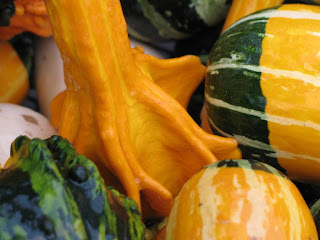 One of those dry heave moments

Okay, so the insomnia monster is eating my brain again tonight. It's nowhere near as bad as the summer of 2005 (also known as the "Summer of the Axe" or the "Summer of Someday I'll Look Back on All This and Laugh. Maybe.") That said, the not sleeping at night thing blows.

And here I am, surfing the 'Net. I should be working on the final pieces of a big personal project, but I don't want to get my brain even more revved up than it already is at 2:15 in the blessed a.m. So, I opt for something brainless - the Bubble Spinner game over at eBaum's World. Addictive, mindless, perfect.

Except, tonight (well, this morning, actually) there's an ad on the side of the page.

An ad featuring a body part.

An ad that morphs into another image of said body part.

And I'm not wearing my glasses, and in that first split second, I mistake the body part shown for... well... another body part.

You'll have to cut me some slack - remember my depth perception is shot, and that plus no eyeglasses = horror.

I was so grossed out by what I thought I saw, it actually made me dry heave. I hope that the advertisers - Old Spice - didn't intend for anyone to make the same error.

Because, frankly, a hoo-hah this unkempt would be astounding gross. An unkempt hoo-hah that "rains popcorn"? Even more disgusting:

Enlarge image at your own peril...
Yeah, yeah, yeah. I know. It's an armpit, Merujo, you blind moron! Now that I have my eyeglasses on, I'm painfully well aware that it's an armpit. And yes, had it been the body part I thought it was, it would be terribly misshapen. (And braidable.) And yes, isn't it wonderful that Old Spice is making a product that will save a hairy pit from lots of creepy residue?

And honestly, none of your body parts should be doing that.

Happy nightmares, everyone! And if you think of this next time you're at a movie theatre concession stand, you can thank me for saving you a chunk of money and a belly full of carbs.
Posted by Merujo at 2:14 AM 4 comments:

Creeping back into the sunlight

Things just weren't all that great for yours truly. June and July swirled together into one miserable, feverish blur - one I'd rather forget.

After a considerable sabbatical, my sense of humor is slowly returning. I'm still a little hesitant to write much here. To be honest, my plate away from the blog is pretty full right now. More on that later. But, tonight, I wanted to make some baby steps back into the groove.

So, consider this Baby Step #1.

For the first time in months, I took some photos today. I was out with the Sasquatch and the Atomic Editor, and while they did a little bit of geekly male bonding in a comics shop, I sat outside and tried to remember how to use my little camera.

That said, I'd like to think there's perhaps something a little metaphorical here, or at the very least symbolic, of my slow return at the height of summer.

Or that could just be a load of pretentious BS.

Eh, BS or not, the plants were pretty: 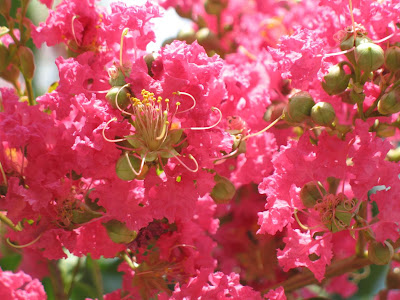 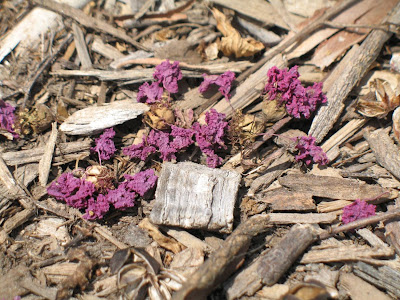 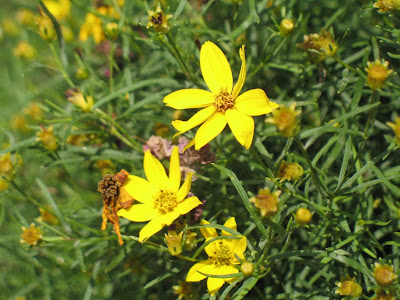 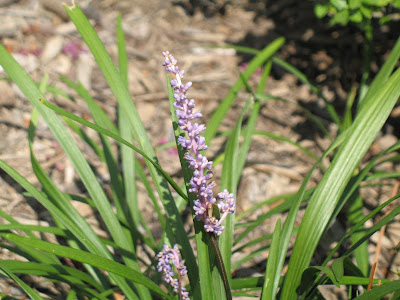 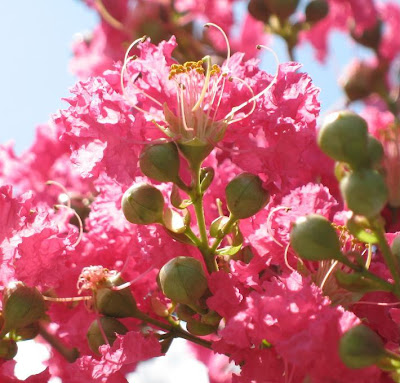 It's a start, right?

I don't know if anyone is still stopping by anymore, but just in case, thanks. Good to be back.
Posted by Merujo at 11:07 PM 11 comments: