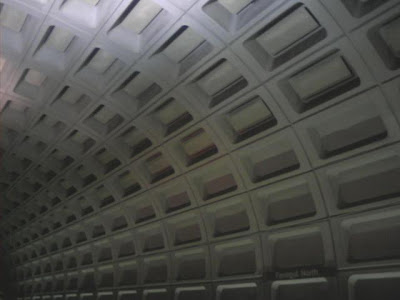 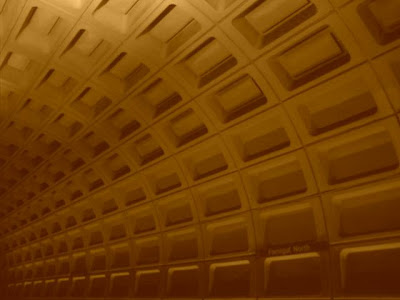 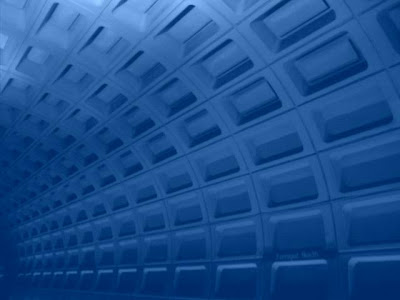 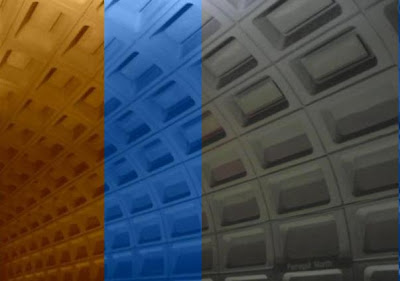 I'm looking to sell my two domains (askcrc.com and crstudios.com) from my old days as a consultant and a failed crafty-type businessperson.

Any readers with any advice or recommendations for venues or techniques for selling a domain?

Email ThisBlogThis!Share to TwitterShare to FacebookShare to Pinterest
Labels: business, mama needs a new pair of shoes (and a car), teh Internets

My neon mojo seems to be on vacation right now. I got a lot of blurry and crappy shots tonight. Maybe I'm just rusty. Or maybe I just should cut myself a little slack. I haven't shot any neon in months, I'm rusty, a little tired, and my eyes hurt from trying to get used to my new eyeglasses today. Also, I shot all of these from inside my Enterprise $9.99/day weekend cheapy rental car. Everywhere I went there were freaky people, and I really didn't want to engage with them. 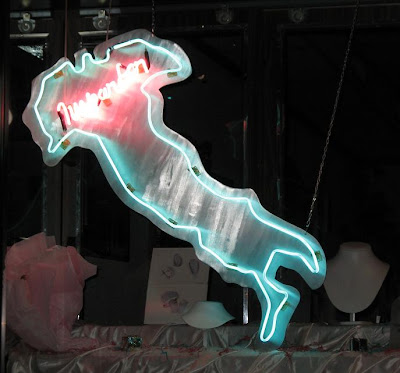 This was a jewelry store in a really crappy strip mall in Gaithersburg,
next to a place called "Starvin' Marvin Pizza." This sign reads "Importers."
Even without my shaky hand, you can barely read it. 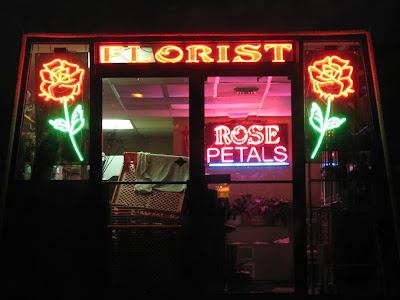 Love the neon, but the entryway debris doesn't really encourage me
to buy my next bouquet from them... 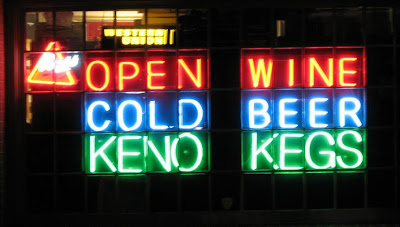 Ah, what would a Maryland Saturday night be without a keg and some keno? 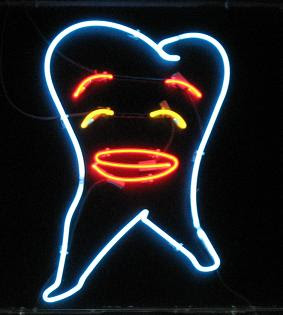 This dentist's sign totally cracks me up.
The tooth has lips, but no teeth of its own.
Ponder that one, kids.

I know this sign says "A and S Salon."
But every single time I drive past this place, I misread the ampersand.
It will always be the ASS SALON to me. 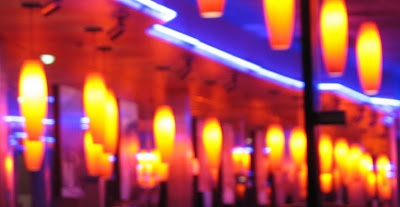 These are just the hanging lamps at a Jerry's Subs & Pizza.
I kinda dig how they came out, a little blurred.
Nice, warm colors and soft shapes.
Okay, enough for tonight. I promise, I will try harder next time. I saw a sign for a hookah bar and a cactus wearing a sombrero, advertising fajitas, so I *haveta* go back out and try again.