I Suck at Poetry: the Moscow 1989 Edition 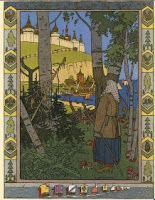 The five people who still come here (prompted by Facebook or Twitter) are pretty sure I've forgotten how to put more than 140 characters together anymore.

Not true! However, most of the writing I do now is focused on the requesting and gathering of cash for a nonprofit, and the expression of gratitude for said cash. In my non-work hours, my life has been focused on the difficult tasks of falling down a lot, sleeping, and watching awful documentaries on Netflix when my insomnia kicks in. (Seriously — there's a "documentary" out there about Atlantis that features clips from Gerry Anderson puppet shows. Puppet shows, people. Puppet Poseidon is not real. Well, for that matter, "real" Poseidon isn't real. Oh — and while I'm ranting — there's another documentary about ancient Egypt that includes — nope, nope, saving that for another post.)

As usual, I digress.

The other day, I was chatting with someone about life in Moscow back in the day. Back in the day being the late 80s, early 90s, when it was my home. Pretty sure I wouldn't recognize much of the city now — nor could I afford it. Honestly, that's okay. I'm never going back. My time there is over. And goodness (she writes, her fingers dripping with sarcasm), if I want a little Russia now in our time of brazen, ugly engagement with the Kremlin, I can listen to the Russian "news" that now plays on local DC radio where bluegrass music used to live.

The bitterness and distaste I feel for official Russia today has led me to divest myself of some once-prized items that have been in my home for many years. My folk art and fairy tale lithographs of another age altogether will remain. Ivan Bilibin didn't hack the election, after all. Neither did the wonderful artists I met over the years. It makes me sad sometimes. I invested many years of my life in that part of the world, but now I joke darkly that at least I speak the language of our future overlords.

I wouldn't trade the time I had living in Moscow for most things, although my memories are plagued by 20/20 hindsight — the curse of mental time travelers, always hoping to change the path already taken. A quarter of a century after dragging my baggage — literal and figurative — through the terminal at Sheremetyevo, I'm done. A European acquaintance took me to the airport when I moved home to the 'States. At one point, I would have called him a friend, but that designation had died under the weight of his lies and the crushing number of times he took strange advantage of me and my dumb-as-a-box-of-rocks-itude.

Some years later, he reached out to me via email in the hopes of a green card marriage. The email came through late at night while I was in the business center of a hotel in Tbilisi, Georgia, trying to get messages back to my office in DC. It had been a wretched day from the start, and this email was the bird poop icing on the cake. As I coughed through the tire fire haze that filled the hotel (part of a days-long protest over Russian energy blockades), I laughed at the message.

My friends are opening a restaurant in NYC. They would like me to manage it for them. It would be so wonderful if you would consider a marriage with me. Wouldn't it be fun for us?"

I howled. And coughed.

"Are you fucking joking? I'm in a tire fire in Tbilisi. No."

I never heard from him again, and, like leaving Moscow behind, I'm really, really good with that.

If I ever get hitched (about as likely now as flying pigs falling from the sky like Egyptian plague frogs), it will be to a relatively sane straight man. My track record for sane, straight, available men has been miserable. Can it be tracked in negative figures? In Moscow, it was just as bad as at home. Worse, possibly. Probably.

There was someone on whom I had a little crush my first few months in Moscow. He was erudite, funny, smarter than me by a mile, a Midwesterner (bonus points!) and a good ten years older than me. And my awkwardly crushy swoon was not returned. At all. I'm pretty sure I could have been a talking dog for all he cared. (I'm still waiting for my naiveté merit badge, you know.) Still, I liked him. Go figure.

I took a car trip with him once from Moscow to Leningrad to meet up with his parents. We could not travel solo, so he needed another warm body in his car. He had to file travel plans with The Authorities for a road trip, which meant the police in every podunk town we passed through knew we were coming and wanted to check out his car. This made for a long trip, but the cops were thrilled to look under the hood at an Audi engine.

When we reached Leningrad, his parents hated me from the moment they set eyes on my schlubby self. I mean they HATED me. Screaming purple passion hate. It was almost funny how palpable their dislike for me was. It oozed from them like some liquid cancer anytime I walked into a room, and my mere appearance had enough gravity to pull Mom's mouth down into a disdainful frown.

I did see relief on their faces once that weekend, when it was explained to them that I was only a requisite traveling companion and coworker — not a girlfriend. 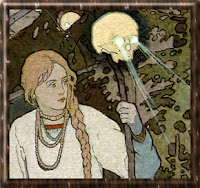 Don't worry, Mom and Dad, I'm just his coworker.
I'll just take my glowing skull and be off, then!


These were uptight humans, plain and simple, and God knows, I fully admit to being an acquired taste. I'm weird, I'm fat. It was 1989, so I still owned stirrup pants, for the sake of all that's holy!

I tried my best to be invisible during our three days of shared captivity, nodding to the trio at breakfast in our swanky hotel, taking my kasha and tea at a separate table, and then setting out on my own (except when they wanted a spare interpreter), walking the avenues and side streets of Leningrad as a solo act. The ride from Leningrad back to Moscow was quiet on my part, even when the parents tried to pry information from me about my family. The initial "Ahhh, I see. You're a Catholic..." from Disapproving Dad was enough for me. Still, it was a free trip to Leningrad and back. I had a Walkman (A WALKMAN, PEOPLE!!) with fresh batteries, and I just watched the countryside roll by with ABBA in my ears.

Find the good in  everything, right?

After that trip, our friendship — if it ever was that — failed. I was ashamed that I had been judged in a split second by people — people of God yet, big, big G, ministers of God people — and that my assumed friend didn't have my back. (I can hear Cary Elwes in The Princess Bride saying, "Get used to disappointment." I should get that on a t-shirt.)

It was awkward and sad for a while, and I missed lunches with the one-time crush, discussing the ridiculous, hilarious, and sometimes wonderful aspects of life in Russia, switching with ease between English and Russian as we talked. Eventually, I got a new job in a different building. The potential for hallway hellos all but vanished, and when he left Moscow, I didn't even know he was gone for weeks.

Still, memories are like tattoos on our brains. Good or bad, some last forever, while others fade in time. Here's a little brain tattoo from 1989. And remember, I really do suck at poetry.

Remember
When the ruble crashed?

We lived like kings
For a week
Or two

Gold and gems
And books
And clocks 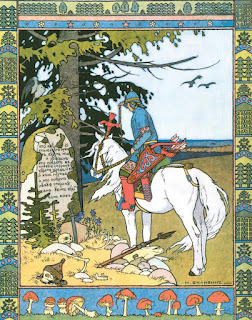