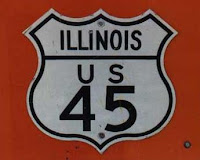 So, in a couple of months I turn 45. Halfway to 90. Halfway to dead, I sometimes joke. Truth is, no one knows how long we get on this planet. Gotta make every moment count as much as you can. Maybe I'll wax on about that later, but not now.

Usually, when folks turn 40, it's a big deal. (At least for those of us who dig birthdays.) My 40th was not exactly a big deal. But some things have happened in the intervening years between 40 and now that make me want to celebrate this number.

I lost a brother.

I lost a sister.

I lost part of my vision, and my parts of my spine were crushed. (Along with a bit of my spirit.)

I found out that I was a little more fragile that I ever figured I would have to admit. And I have a greater respect for the impermanence of life - and the need to squeeze every drop of joy you can from it, circumstances be damned.

And so, I want to mark this date somehow. In the end, it may just be me and a big bottle of cheap Aussie wine (seriously, the Australian wine industry owes me some royalties at this point), but I feel like I should make it count. 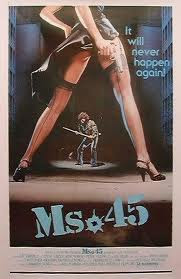 If I had any cash like a real adult, I'd invite some folks to be my guests and join me for dinner or BBQ in a park (it'll be a wee bit cold for that, likely, come November) or sit around a fire, telling stories and drinking cider. (Man, I miss the embassy's dachas outside of Moscow sometimes!!)

But, as always, the cupboard is pretty damn bare. Being the hostess with the mostest isn't a possibility, much to my shame.

So, creative thinkers, how would you celebrate a milestone birthday on a shoestring budget? I'm aiming to not just have a tuna sandwich in front of the TV watching the previous night's episode of "Mad Men." (Although, I'll take a hearty slice of John Hamm any old day, thank you very much, even if he's playing an ass like Don Draper.)

Should I rent myself a pile of movies and just hunker down for a day of slugliness? Should I squirrel away enough $$ for a tank of gas to go sit out on the beach for a cold autumn day at the shore?

What would you do? Creative - and reaaaaally inexpensive - ideas welcome.

Odd to think I've virtually known you that whole time. In blog years, it's like we're in our 90s.

Hmm. I have trouble sorting out my birthday too. I think it depends on what you love to do, the things that bring you joy, the things you've been meaning to try/do but haven't for whatever reason.

Last year I walked around a garden center with a kinetic sculpture exhibit going on with my folks. That was a good day. DC has a bunch of free museums, but maybe you get your fill of those...

Perhaps see what's going on on or around your bday and see if anything strikes your fancy. If you'd like some restful quiet, a trip to the beach sounds lovely. A planetarium show perhaps? Or just some sky gazing. Cards or board games with friends.

I'm not sure. I'm not very good at making occasions feel momentous.

Sorry I'm not giving you a new idea, but that's because I would totally go for the cold autumn day at the shore if my birthday was in November. (and even if it wasn't) The air will be extra fresh! Go to Assateague and hang out with the horses. It's beautiful there.

Hmm - as mine is a year behind yours I have not thought on it as much but I do think that 45 will be a bit bigger for me than 40 was as well. More motality since then. Speaking as someone who is land locked I would be all over a trip to the beach and watch the stars if it is clear - we went hiking along Lake Superior earlier in the month and I remembered how much I miss oceans. It was gorgous but no seafood or salt smell. ;-)