A weather report from the comfy sofa

I've slept almost three whole days. Damn. Missed a whole week of work (taking New Year's Day and the Ford funeral into account.) I woke up around 4 this morning so feverish that my hair was wet, my face was bathed in sweat, and my clothes were soaked through. Nice way to start the day, no? I was so dehydrated, I think I was rustling like a mummy in a corn field. (No, I've never seen a mummy in a corn field. I was just looking for a more colorful way to say "desiccated husk.") Worst part is, every time I cough, my damn crazy eye feels like it's gonna pop out of my head - and there's no way I'm pulling a Raul Julia today, thanks.* 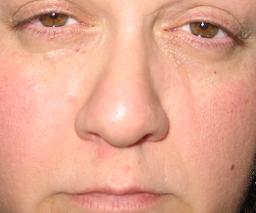 One $25 co-pay to the doc and $60 in Rx drugs later, I'm still feeling pretty limp, but at least I'll be better-ish by Monday. Hooray for the wonders of the Zithromax "Z-Pack"!! I came out of the pharmacy and turned on the car radio just as the last 15 seconds of my radio commentary played. They played "God Save the Queen" at the conclusion (it makes sense when you hear the piece.) This made me laugh. Far too much. Enough, in fact, that I had a coughing fit and had to whip out the inhaler I'd just picked up.

Yes, it couldn't be a year at Chez Merde without a bang-up start to it, eh?

Back to the sofa with me...


*Raul Julia once told a story on the David Letterman show about pressure building up behind his eyes to the point where they popped out and had to be reinserted. I might find this wholly unbelieveable except that my eye doctor, the wonderful Dr. David Wanicur, told me about such a case where a very nervous, hypertensive patient's left eye popped out during an examination, and Dr. Wanicur had to relax the guy to the point where he could pop the sucker back in. Hope you had dinner before you read that!
Posted by Merujo at 6:56 PM

Ah, Zithromax. It makes you feel better even when you have cancer!

(My mom thinks the Zithromax caused the cancer, but I think the fact that three people who were in Huntsville, Alabama got leukemia at around the same time is far more suspicious than the fact that I was diagnosed a week after taking Zithromax.)

I hope you're feeling better soon!

2007 will definitely be a better year for you, Merujo! Great radio commentary, as always, and yes, your friends are standing by to help in any way. And I have just the plumber for you...