When did I ever need 20 versions of the Lambada?

Yeah, so I've been absent from the blog for a few days. I've had this never-ending full-body migraine since last Thursday, and it's still pretty oppressive. My apartment looks like a small bomb went off in it, and some nights, I haven't even made it in to brush my teeth, my head hurts so much. I get to the sofa, curl up in ye olde fetal ball, and BAM, that's that for the night. 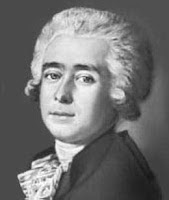 This evening, despite feeling fairly foul, I started to go through the oddball CDs I have, in an effort to find a few things to put on eBay or Half.com. I have a small pile of obscure Russian CDs - mostly choral music - pressed by Melodiya in the dying days of the Soviet Union. Why I have four volumes of choral concertos by some dead dude named D. Bortnyansky, I have no idea. Really. But I'm hoping someone in America has been waiting with bated breath for a set of his greatest hits.

In my shifting of musical sedimentary layers, I did find some gems. (Including a CD belonging to the Sasquatch - it appears to have been in my old CD player now for approximately five or six years. Sorry, bubba!) But I also found some nightmares, too.

Like the 1989 European pressing of a 20-version Lambada CD.

20 versions of the damn Lambada.

As if one wasn't bad enough. 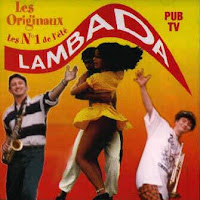 Oh, it was hip back in the day, for sure. That CD was a big hit at my parties in Moscow, circa 1990, especially with the Armenians, who would dance like crazy to that wacky Latin beat. The "forbidden dance"? No way! That sucker was so utterly unforbidden, you heard it every-fricken-where in Moscow. Book store? Lambada! Street cafe? Lambada! Crappy taxi? Lam-ba-daaaaaa!

The freakiest Lambada thing I ever saw in Moscow was a TV broadcast of a grade school dance number with the little cute Russian kids gyrating in a most grown-up way, shimmying and shaking pre-pubescent booties to the song. It was wrong.

As in, "call in Chris Hansen and the Dateline NBC people" wrong. Jon-Benet wrong. Way creepy.

Despite that aberration, I associate the Lambada with a group of my friends - mostly the French Armenians - laughing and dancing up a storm in my living room. Just a bunch of dorky 20-something geeks, masquerading as sophisticated Europeans, bouncing around and giggling like idiots. It was great.

So, here I am, typing this and listening to that damn CD for the first time since, probably, 1993, when I left my place in Moscow, boxing up memories good, bad, and ugly. (Sometimes very ugly.) And, you know, stupid as the song is, it takes me back immediately to a totally different life from the one I live now. Utterly independent in a very foreign land. I can smell the Moscow perfume of cabbage, cheap tobacco and strong body odor. I can see the faces of people I haven't seen in more than a decade - some of whom I hope to never see again, others I would embrace so happily right now.

I'm gonna load this sucker up on the iPod. Don't worry Sasquatch - I won't make you listen to it in the car. This'll be for when I'm alone, driving around and feeling a little melancholy. Nothing like cheesy music - in a language you don't understand - to make you laugh.

Hey, it could be worse. At least I don't own any versions of the Macarena or that mind-sucking Mambo Number Five.

Now, anybody want an unopened CD of sacred church music sung in Georgian? I can make you one heck of a deal! 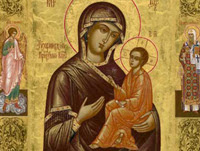 Hey there Merujo, sorry you have been feeling under the weather. My apartment always looks like a bomb went off in it whether I am feeling well or not, though. :)

I never did listen to the Lambada much. I remember this one sitcom episode where people kept saying "The Lambada? That's the FORBIDDEN dance!" but that's about it.
However, I do have one CD with various re-mixes of the song "Tom's Diner" by Suzanne Vega called "Tom's Album." Not sure why I bought it.

Good to see you posting again, sorry you've been feeling so crappy.

Maybe, with spring showing it's head, life will improve! I sure hope so!

Lambada - me? - no. Not listened to - it's great that something like this can trigger memories that have been buried for a while - so long as most are good times!

I don't know if you have an account on Amazon or not, but you can set up a seller's account. They don't charge you for posting the item, like eBay, and there is a fee percentage they take, once the item is sold. The two biggest glitches are: you can't set an auction price, and they have to be selling the item in question, so it already has to be listed. The reason I mention all of this is I sold a cd of Russian Easter music at a fairly decent price off Amazon, not the usual eBay.