Last Saturday, as tradition demanded, I accompanied the Sasquatch on his geektastic trek to the static plastic model-a-rama fest in Richmond, Virginia. The Sasquatch makes model planes and tanks. It keeps him off the street. That's a good thing. (Hey, I do paper crafts with stamps and embossing powder, so I'm a geek, too. No rolling of eyes here. I like old school crafts and hobbies. I like creating things.)

I made us nearly 40 minutes late for our departure from Bethesda. First, I overslept. Then, I had to rip a bunch of music to put on my eeny-weeny Creative MuVo mp3 player - the poor man's iPod. (It's more of an iNot.) I bought the Sasquatch donuts in apology for my sluglike behavior and we hit the road.

The trip to Richmond is pretty boring, once you get past the Hellmouth that is the Springfield Mixing Bowl. What an evil and terrifying place. 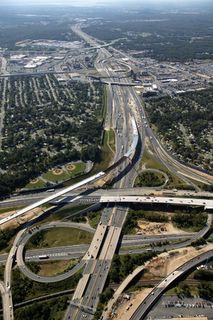 Every once in a while you hear some horrifying story of fatalities when people underestimate the danger inherent in driving through the Mixing Bowl. I hate it. In the old days, going through that nightmare was the only way to get to IKEA. Now, I have an IKEA about 15 minutes away from me in College Park, so treks down 95 are fairly rare for me these days.

But, for the Sasquatch and his love of plastic, I will ride shotgun on the Hell Road.

I'm not a modeler. Back when I was a kid, I got some Star Wars models to put together. All I achieved was a disastrous mess, with layers of my thumb skin (print and all) embedded in some Super Glue on R2D2's half-completed carcass. I have never had decent motor skills, and my eye-hand coordination is laughable. I'm also a threat to myself with an Exacto knife. (Seriously - I've been known to really hurt myself just trying to slice a bagel.) So, it's really best that models stay in the hands of nice guys and far away from me.

However, I appreciate model aircraft from a different perspective. As the daughter of a WWII pilot, I like seeing all these guys putting so much energy in crafting scale creations of the planes Mom flew. Every once in a while, some guy will see me eyeing a certain plane with great attention and - although I think it may be against their club rules to talk to chicks at model events - he'll say, "Nice, isn't it? Know what it is?"

I really like saying, "Yeah. My mom flew those." The cool part is - instead of giving me the "yeah right" response I sometimes get elsewhere - these guys will immediately ask "Was she a WAF? A WASP?" That's very cool. These dudes know their history. I wish more people did.

One thing that sticks in my craw, just a wee bit, is that, in the world of WWII scale modeling, there are no women pilot figures. I supposed I could buy a box of "random women" figures and pop one of their heads on a male body in heavy flight leathers and no one would know the difference. But, the guys who pursue this avocation are focused on the warriors in the field. There really isn't a market for "home front" models. That really doesn't have the cachet of crafting a weathered, war weary plane or tank, surrounded by 1/72-scale guys in uniform, also weathered and war weary.

Eh, it's not really itchin' my craw that much, I guess. (This is neither here nor there, but just what exactly is one's craw? Why does so much get stuck in it? And, is it potentially disgusting that I mentioned anything itchin' a craw? Maybe I should just move on...)

One thing caught my eye at the model show: an October 1943 issue of "FLYING" magazine. 350+ pages of American air superiority. It was $25, and I was totally hooked. First of all, this was REAL history - the stories, the propaganda, the ads (amazingly direct in their open hatred of the enemy)... it was a brilliant window into the past. And yet, no one else was giving it a second look. The old gent selling it told me that other issues of FLYING ran an average of 78 pages, so this was unusual simply for its great size. Also, this was their first issue exclusively devoted to the U.S. Army Air Force. I explained to him that my mother flew as a WASP, and he pointed out that there was an article on the Air Transport Command, under which my mother and her colleagues flew.

I was sold. I turned over my $25 and headed outside (into gloriously un-February-like sunshine) to sit and read. 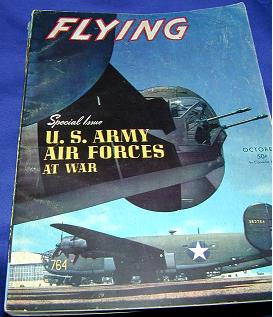 Eager to see what coverage the women pilots received, I flipped to the section on the Transport Command...

And I found the reference to those brave young women...

This is what it said about them:

Others were women?!?! Damn!

I actually caught my breath so audibly when I read that, the woman on the bench next to me turned and stared.

I will take it for what it was. Wartime propaganda. Propaganda focused on keeping our boys alive and taking out the Axis powers.

But still. "Others were women."

This is why it's so important for us to remember EVERYTHING that we can about this era.

Yes, others were women. And they were damn fine pilots and ferociously brave humans.

We left the model show, after the Sasquatch had mortgaged his soul for a bag of goodies (modelin' ain't a cheap hobby) and ate lunch at some weird, progressive Arby's that sold salads and rotisserie chicken and had, more or less, table service. I felt a little weird, though, because there was a couple behind us in line that did not know how to use the coupons they had. (I swear to god.) And the guy was absolutely beside himself that they had a "jamocha" shake. "Omigod! They have the jamocha! I've been waiting years for this! Cool!"

Holy crap, dude. You have got to get out of Richmond.

After far too many carbs, we hit the road for Bethesda. On the way down to Richmond, we passed the brown park service sign we always pass: Stonewall Jackson Shrine, this exit. I kept bugging the Sasquatch to stop. We were under the impression that the Shrine was where Stonewall Jackson's amputated arm was buried. I made several tasteless suggestions for photo opportunities at the Shrine. Most of them had to do with me pulling one arm inside my sweatshirt.

The Sasquatch reminded me that we were mere minutes from the Cradle of the Confederacy, and that I'd likely get the crap beaten out of me. Still, I was voting for the tasteless photo op. So, sue me.

At last, the Sasquatch agreed to stop. We took a rolling country road for a few miles, only to find this: 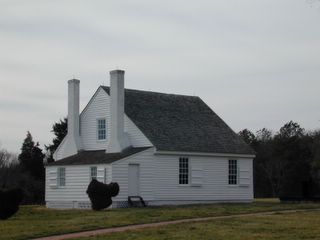 Turns out, the Shrine is not where Jackson's arm is buried. It is, in fact, the modest house (the remaining structure of a long gone plantation) where he actually died. And, I write with utter sincerity, it is a touching and solemn place. 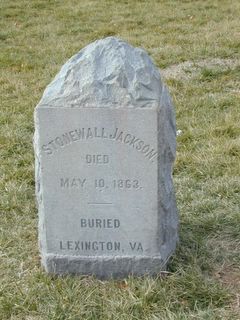 Manned by one very earnest - and incredibly knowledgeable - young park ranger, the Shrine is quiet and dignified. There were only a couple of other visitors while we were there. The loudest sounds came from a clock in the room where Jackson died and the wind that blew hard across the empty fields, where only the outline of plantation foundations remained. 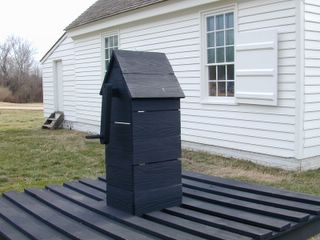 The well outside the house. I took a zillion pictures of it - none of them good.
Don't ask me why. 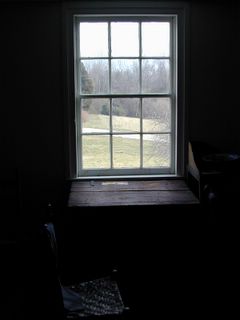 Just a window upstairs in the house.
I bet if I had Photoshop, I could make this look cool. 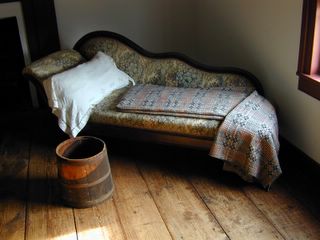 The chaise in the room where Jackson died.
I thought this was a lovely still life arrangement. 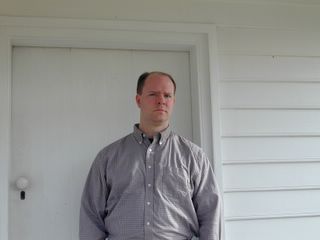 The Sasquatch on the front porch of the house, looking appropriately somber. 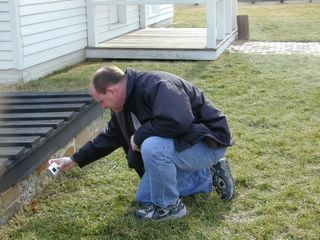 The Sasquatch being Mr. Artsy Fartsy graphic designer,
taking "texture" photos with his swanky digital camera...
I'm glad we stopped. It genuinely was interesting and compelling and touching. And, if we really want to visit Stonewall's arm, it's up the road, buried near the battlefield at Chancellorsville...

But I won't take any tasteless photos. Just wouldn't seem right now.
Posted by Merujo at 12:17 AM

You know, I lived in Prince William county for several years and used to vacation at Indian Acres in Thornburg. I used to think about checking out the Stonewall Jackson memorial often, but I never did. Thanks for doing it for me!