Oh, it is to laugh (and cry):
the book signing edition

I wasn't going to post this, but, after considering it today, I figured, what the hell. In for a penny, in for a pound. Welcome to the ugly side of my world...

Last night, I went to a book reading/signing by best-selling author (and lovely rotund woman) Jennifer Weiner. Although advertised as a book reading, Weiner instead told some hilarious stories, including how her mother came out of the closet to her grandmother during a visit to “Nana’s” stomping grounds in the predominantly Jewish old-age conclave of Century Village in Ft. Lauderdale. (She marvelously referred to the event as “The Spillage in Century Village.”) She also generously and cheerfully took some questions from the audience, which filled the café area in the Bethesda Barnes & Noble to beyond capacity.

One questioner asked Weiner to recount “the Springsteen story” wherein fate plants her and her new boyfriend in seats at a Springsteen concert in Madison Square Garden directly next to her ex-boyfriend (who dumped her) and his new girlfriend (whom Weiner dubbed “Bitchface.”) It was a great story of karmic good ‘n’ evil, and it made me laugh my ass off. 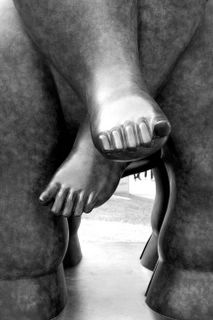 After talking for forty minutes, Weiner sat down to sign books. As I was at the back of the café area, I just waited for the line to snake my direction. There were some blue-haired ladies in pastel suits, with faces so tightly pulled, you could bounce quarters off them. I heard some of them talking about how they simply collected autographed books. Fair ‘nuff. Harmless hobby. There were plenty of just plain normal folks – virtually all women - who were eager to say a few words to Weiner and get her signature. (Side note – there was one woman who I think was transgendered, but still looking very manly. Either that, or it was just a butchy crossdresser. Whichever, she/he was wearing a blouse I own. A blouse I almost wore last night. A blouse that’s going to Salvation Army on Saturday. I just realized how awful it looked on her/him, and I knew I must look like hell in it, myself.)

And then, there was the unholy quartet directly in front of me. They were Bethesda “yippy dog” young yuppie women. Had to all be around thirty-ish, huge rocks on their hands, already with enough collagen, boob implants, and botox in ‘em to fill an entire season of Nip/Tuck. They were tiny women, all very neat, decked in understated faded designer summerwear, and all talking in what my linguist’s ear discerned to be a very outdated dialect of Valley Girl. 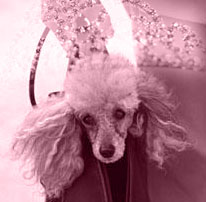 And, my, they did talk too much.

Except, that is, for the one who kept one ear to her cell phone the entire time, but nodded like a mindless bobblehead doll at every word her friends puked forth and simply said “Oh yeah!” every few seconds.

I’m going to leave out some of the comments. I’ll get too angry about it. Here are the highlights before I lost my cool. 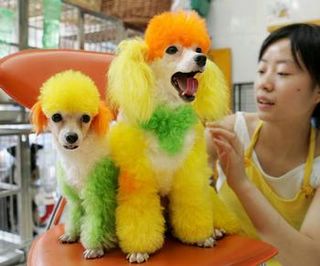 There is a chirping of accord among the Bethes-twits. And another picks up the unfortunate thread, clearly not noticing the extremely large woman (me) directly behind them.

“Oh my god. I so know what you mean. It's so real, isn't it? Except the fat part. I mean, I’ve never been over a size 7 - and that was so difficult for me. I mean, have you seen her?” This last in a conspiratorial pseudo-whisper hissed loud enough to abuse my ears, as she cocks her head toward Jennifer Weiner. “I mean, she’s so big. She must be a very brave person. I mean, I would rather die that be seen in public in a double digit size! She’s clearly a very brave woman. I mean, who would want to have sex with someone that size?!?! Can you imagine getting naked? You would have to be brave to face the humiliation.” 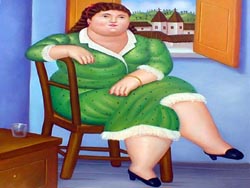 At this point, I know my blood pressure is rising ungodly fast. I outweigh the lovely Ms. Weiner by more than a handful of pounds.

“Oh,” says birdbrain #3, “totally! I think suicide would be the only option at that point. Don’t you agree?” All four dumb bunnies are nodding in unison now.

This was the point when I finally snapped.

“Jesus Christ!” I said, loudly enough for people at two table at the back to hear me, too. “Are you listening to yourselves?!? What is wrong with you? Are you really that vacuous?!?” I just wanted to smack these creatures. They actually believed that women my size should kill themselves? What the fuck, people?!?!

Long story short – turns out none of these ladies had ever read any of Jennifer Weiner’s books. (I asked.) Even the one who said that Weiner’s first book “could have been (her) life!” Ye gods. Two of them seemed very embarrassed when I expressed my anger. One quietly said, “Sorry.” One said nothing and looked at the floor.

And I decided to leave. I felt that I couldn’t stay in line for another 10 or 15 minutes (or any minutes) behind these vapid losers. I would like to have spoken with Jennifer Weiner. I wanted to thank her for the advice for writers on her website. I found it very useful and made me feel better about not having an MFA or other street cred as a wanna-be writer. I wanted to tell her in person how much I appreciated seeing a joyful, successful, creative large woman out there, just having a hell of a good time and getting lots of credit for being so talented.

Instead, I drove around for a while, trying to cool off, trying not to wonder how many people in Bethesda think I should just commit suicide because I’m fat. I’ve heard that from men before, but not women. Adolescent males, packs of 20-something males – more than once I’ve heard from them that I should die (usually followed with words like “fat bitch!”) But not from women. It’s a very ugly thing.

You can lose weight. You can alter your appearance. Absolutely.

Changing your soul – curing yourself of a spiritual ugliness and ignorance… well, that’s another thing altogether, my friends.

Decency should not be optional in civilized society. Decency IS NOT optional. Even if yippy dog women in Bethesda think it is. May god have mercy on their teeny tiny twisted little souls. 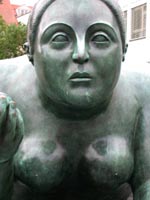 I hope you all had a better evening than I did. Here's hoping for a vacuous-beast-free evening tonight...
Posted by Merujo at 11:50 PM

I hate it when that shit happens. As a fat woman I have had my share of stares. The boys can be rude and crude but since there ain't a fat insult I haven't heard they don't bother me very much. But the girls/women are different. I somehow expect more. Maybe it's an acknowledgement on some level of our sisterhood. Maybe I expect them to more polite than boys/men. So it does get under my skin more when a female lets me know she would rather be dead than look like me. On good days I feel sorry for them - that's a tough road to hoe that much body hatred esp. as she ages. On bad days I just think "that can be arranged."

Carol - thanks for the biggest laugh of the day.

wow. not that it might be much comfort now, but think of how hard it must be to go through life that stupid. i mean, they're really, really stupid. it takes a very brave person to go out in the world and be that stupid. i'd want to kill myself if i was that stupid ;).

aw honey, you've got brains, and brawn and guts. something those girls will never have. but i get it...

I am not considered a heavy woman in our weight obsessed society, but I like to think that I am a BIG human being - abundant in compassion and empathy - a fellow sister to all.

The women you described, are PUNY humans, and I am not talking about their waist measurements, nor their dress sizes. (Perhaps overall intellect and heart size, but I digress...)

They are "sub-humans", devoid of any mental substance or moral merit. Women who waste space. Mechanical and one dimensional, lacking in soul.

Rather than being of any value to society they are parasitical. They are litter, nugatory debris - like empty soda cans along the road side - in desperate need of recycle.

Thank you for speaking up, I think it is important to call a spade a spade.

Such carefully - or not so carefully - concealed hideousness should be regularly exposed for what it is; repulsiveness of the inner person.