...or, no good deed goes unpunished.

I really need to find a new place to get an icy cold Diet A&W. I have to stop going to that freaking 7-11 on Rockville Pike. Tonight was a doozy. I'm not easily rattled, but this time, I was rattled enough for my hands to shake as I handed over my $1.69.

As I approached the counter, there was a 60-ish woman in a pricey mink coat up front. She had hair that was teased to kingdom come and rocks on her fingers that had to weigh a couple of pounds. She was Dame Edna, but without any sense of humor. She kept changing her mind on which scratcher lottery tickets she wanted and was causing the poor clerk (an Indian woman - I say this because it comes into play here momentarily) to have kittens. She'd have a ticket pulled for her, examine in, and then change her mind. "No, I don't want this one," she'd announce and shove the ticket back across the counter. I could see her husband/chauffeur in the Jaguar outside, watching her.

"Ma'am," the clerk finally pleaded, "I cannot keep pulling these tickets off the roll if you change your mind. It causes problems for us with the lottery agency. If you have me pull the ticket, you must buy it."

Meanwhile, a 60-ish looking man with a French accent was waiting to buy tickets, too. He had a card filled out, waiting patiently. At last he said, "Can you just run my card while she's looking?"

That's all the Dowager Wuss needed to go ballistic. "Oh, you foreigners all stick together, don't you? What? You think you can get ahead of an American in line?" It was unpleasant.

Unfortunately for me, I had decided to sneak a peek at the scratcher tickets. Foolish girl - I thought it might be fun to scratch off a dollar ticket at midnight. I was right next to the nasty old bat when she hissed, "You should learn how to do business the American way, you foreign animals!" At which point, my jaw dropped and I said, "Wow. Lady, that was amazingly rude." And she looked right at me and said, "But it's true. These filthy foreigners think they're better than we are."

"Uhhh, I'd be willing to bet most of the people here are Americans, ma'am," I answered very calmly.

The old bigot pulled herself up and headed for the door. She took one last look at me and laughed, saying, "If you believe that, you're a fool. And clearly, you are no American. TRAITOR!"

I just shook my head and said, "Yeahhhh, have a good night." (I was thinking "witch" but didn't say it.) I returned to my bottle of A&W and decided to skip the scratcher. I could use that buck for a better purpose, like a cup of coffee at work next week.

But then, something happened.

Apparently, the old French gentleman thought that I was in cahoots with Dowager Bigot. After all, I had said (with all due sarcasm) "Have a good night."

Old French Dude went apeshit on me. He started screaming at me from the end of the counter. "YOU ARE MOCKING ME! YOU ARE MOCKING MY ACCENT, AREN'T YOU! I KNOW MORE ABOUT 'THE AMERICAN WAY' THAN YOU EVER WILL! I SPEAK SEVEN LANGUAGES! YOU ONLY SPEAK ONE, YOU IGNORANT DIRTY FAT WOMAN!"

He then switched in French. Although I understand a little French, it's not one of the three languages I speak, so I have no real idea what abuse he was hurling at me, but I'm pretty sure it wasn't nice.

At that point, as I'm trying to retrieve my jaw from the floor again, the clerk joins in. "AH! YOU WERE MAKING FUN OF US WITH HER, HUH? SO, YOU THINK THIS IS FUNNY DO YOU? YOU MAKE FUN OF PEOPLE WITH ACCENTS?"

I attempted to respond, saying that I had taken the old bigot to task, but they were having none of it. Old French Dude actually came right up to me and started screaming in my face, and I mean, right in my face - close enough for me to see that he could benefit from some dental work. In fact, as he was screaming at me and I could feel his breath on my face and my hands were starting to shake, part of my brain drifted and thought, "I should give him the number for Dr. Hackley. She does good cosmetic work..." But then I snapped back. "Look, sir, maybe you need to get your hearing checked because I was defending you."

"NO YOU WERE NOT! YOU CAN COME UP WITH ALL THE LIES YOU WANT BUT I KNOW YOU WERE MAKING FUN OF ME! I SPEAK SEVEN LANGUAGES! YOU ARE IGNORANT! ISN'T SHE IGNORANT FOR MAKING FUN OF ME?" He started to assail the two young women in line behind me, switching into French. Why he assumed they might speak French, I have no idea. I do understand enough French to know he suggested to them that I was a "crazy bitch" before returning to his end of the counter. All the while the clerk is still railing at me.

I look at the shocked women behind me. "All I did was try to defend him and the clerk." The women, eyes saucer-wide, nodded. "I know," the one said. "I don't get it."

Hands still rattling, I paid the other clerk for my drink and then started to leave.

And then, I stopped.

I approached Old French Dude and the angry clerk.

"Excuse me," I said. "But I will defend myself. I have no idea what it is you imagined you heard, but I was defending you against that rude old biddy. I told her she was rude and said that, likely, everyone here was an American citizen, not that that matters one bit. She then suggested that I, myself, was not an American, which I'm sure would have come as a big surprise to both of my parents, who were American veterans of the Second World War. We are an immigrant country and even Madame Mink's family came off a boat from somewhere.Oh, and for the record, I may be fat, but I am far from ignorant, and, having just showered, I'm not dirty, either. I speak three languages and I'm damn well-traveled."

The clerk said, "Oh, I am sorry. I heard him say you were making fun of us, and I just assumed... I am sorry. Happy New Year."

(Nice. Thanks for assuming, lady.)

Old French Dude blinked and said, "Oh, well, in that case, thank you." And returned to his business, as if he hadn't just scared the living crap out of me.

I went one step further. I extended my hand for him to shake. At first he ignored me, but the clerk said, "I think you should shake her hand." And, reluctantly, he extended his right hand, well-manicured, with a gold and lapis pinkie rink, for mine, still bruised from my blood tests the week before.

"Bonne année," I said to him, shaking his hand as firmly as I could, trying not to show how much he'd freaked me out. "Et bonne nuit."

I wanted to add, "And don't ever call me ignorant again." But I didn't. I took my A&W and left, with the clerk still saying, "I'm sorry! I'm sorry! Happy New Year!"

I sat in my car feeling slightly ill for a few minutes. I've been called a lot of things in my life, but no one's ever suggested that I'm a xenophobic loser before. Ugh. It's time to start buying my diet rootbeer by the 12-pack at Safeway, I do believe. That 7-11 may just be a Hellmouth. 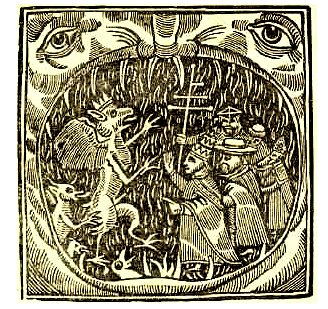 Figure A. 7-11 on Rockville Pike. North Bethesda, Maryland.
I think I'm glad I threw caution to the wind and bought a split of champagne at the Montgomery County booze store this evening. The turning of this year deserves more than a glass of wine. A couple of glasses of champagne is more appropriate.

Happy New Year to you all!

Who needs to travel to depraved nations or terrorist torn countries when you have your own local 7-11?

Since this is not the first bizarre encounter at this establishment, I can only assume that the building resides on the corner of "Outer Limits" and "Twilight Zone".

Too twisted for words. *sigh* I am sorry that you were privy to such theatrics on this, our last day of 2005.

When the French Dude went postal on you, I wish you would have "freaked out" in Russian on him... that could have been priceless. (GRIN)

I think you need another glass of the bubbly! Hurry, there is only about 15 minutes of 2005 left.

Fill up that glass!

I watched Dick Clark, recovering from what must have been a hellish stroke, count down to 2006 on ABC (and damn good for that network for keeping him on, with his speaking difficulties and all.)

This will be a good one, by god.

I imagine there must be some stress living in the US when you can be picked out the moment you open your mouth as a "filthy foreigner" as the old biddy said, but that's no excuse for going off on you.

As a total aside, the word verification that came up on this post is "csfat" - that's my initials AND an apt description of me! Happy New Year!

Never fear, Cube - a split of champagne and a snooze until nearly noon cured my New Year's Eve complaints. There will always be hellmouths in Montgomery County - you never know when one might pop open. However, that 7-11? I think it's a permanently hellish location.

I still say that there is a book to be written about that 7-11.

I think folks would buy it. It's a reflection of America in her twisted glory...

what a fitting end to your annis horriblis. glad you had the bubbly with which to usher in what has to be (knock on wood as i don't want to tempt the fates) a better year than 2005.

Oh my goodness! That's one hell of a story! I'm still gaping!

I think it means tons of good luck for the new year! I'm sure of it!

I have to tell you, just so that this new year would have a decent start, I didn't even leave my apartment on 01/01/06. I figured, that would be a good way to avoid a strange start to the year!

My gut reaction as I read this was this is why we're stuck with Bush. People don't f'ing listen, assume the worst, are willingly mislead by lies... bah!

Good for you for setting them straight.