"Character is who you are in the dark."
- The Rev. Dwight L. Moody (and Dr. Emilio Lizardo) 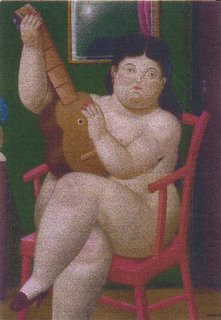 I sent a comment to a blogger yesterday. She had written about the commonplace abuse that overweight people are subjected to in our super-fun 'n' tolerant society. I shared one of my unpleasant and humiliating stories with her, and I've just decided to repost the meat of my comment here. I think it's important for people to see and reflect on how theoretically decent humans treat other people when they think no one's looking.

This is what I wrote:

A few years ago, I was in Georgetown with a friend visiting from overseas. It just happened to be graduation day for Georgetown Medical School. I'm fat. Very fat, for the record.

A friend and I were getting out of my car to go have lunch somewhere right off of M Street. As I was locking my car door, a carload of freshly minted physicians drove past, hooting and screaming. They slowed down as they passed us, and the hooting turned to oinks and moos. One of the new doctors reached out one of the car windows and grabbed at my ass, yelling "CHECK OUT THAT FAT! WHOOOO!" Another threw an empty beer bottle at me and screamed, "F#@KING FATASS!"

First, do no harm.

To this day, I refuse to be voluntarily treated by any physician who graduated from Georgetown Medical School. Apparently, they skip ethics in their curriculum. (I ended up in the Georgetown ER when I broke my leg a couple of years ago - that was not by choice. In DC, if you're picked up by an ambulance, you're taken to whatever ER has space available. Plus, the ER doc at Georgetown kept refusing to believe me that I had intense pain near my knee. He was certain I'd just twisted my ankle - WRONG - and he kept applying a cold pack to my foot. I kept moving it up my calf when he wasn't looking...)
____________

In my last post, I mentioned that next Friday (January 20), I have a short commentary on WAMU. This commentary touches on why I don't take the Metro - because of the verbal abuse I take from other passengers as a fat woman. I once had a very ugly e-mail exchange with Bob "I think I'm a local legend" Levey of the Washington Post over the treatment of fat people on the Metro. He had a feature in his simpering column called something like "Metro Court" where he'd let his holier-than-thou readers whine about things that bothered them. One reader bitched that she hated having to be on the Metro with fat riders. They take up too much space. They're awful. I'm sure they all smell bad. Why should I have to sit next to a fat person? (Gee, honey, I dunno. Maybe because THEY HAVE TO GO TO WORK, TOO?!? My response: why do I have to sit next to a stinking bigot?)

Bob Levey fully supported his reader's complaint and his verdict was for fat people riding the Metro to all give up their seats and stand. Fat people should be ashamed for taking a seat. Get to the back of the bus, fatties! Bob Levey made me sick. Just about physically ill. I kept our e-mail correspondence somewhere. Smarmy cretin. Sorry if I sound really harsh here, but I really do hate ignorance and bigotry.

My commentary for next week's radio show was originally very dark and talked very frankly about the abuse I've personally taken from assholes on the Metro (professional people, well-educated people, self-righteous and superior people.) But, after much reflection, I toned it down. A lot. I may post my original piece here. We shall see...

Okay, I'm going to catch a little hot cable documentary action (probably something about an ancient civilization, I'm so predictable) and go to bed.

There's an ad that's been bothering me for a while. Doesn't quite make up a post in my head but fits well here.

A long-haired, skinny, blonde boy gets good grades that make his family eligible for an auto insurance discount. Cut to: comments by his apparently not eligible siblings, twin brothers and a sister, all chubbyish and brunette. I'm annoyed that every time I see the ad, it makes me think they're saying the lanky blonde is better than the chubby brunettes. Maybe I'm reading too much into the casting... on the flip side, I suppose it's better than having ads full of supermodels all the time.

As for the rest, I often don't think much of people, but I'm still amazed by the level of cruelty people engage in, particularly so casually. And that writer guy is a total asshole.

I'm not sure what to say, really - unless the graduates were record early and only 13 years old, I can't believe what you said!

I mean, I believe you, of course, it's just very, erh, unhumanlike.

And to think what grown people will say to someone on the metro? I thought only Norwegians were that rude :(

I used to have a t-shirt that said 'judge my mind, not my colour' (being white isn't always popular either...) - anyone should be judged by their minds, possibly deeds, if they had any, but - - - here I almost started swearing. Which I never do. - - -

Such hideous creatures. And the writer guy. Not that I've heard of him before, but blarghhggh ..

You're alright, though! :) Never stop to ponder about what these κακάνθροποι say...

Thanks for leaving a note! Wow, 9 kids, that's amazing too! And are all of you friends? I've heard tons of Seventh Sons, now I'll listen intently to Ninth Daughters as well! :)