The Good, the Ignored, and the Undervalued

I've come up with my own meme, for what it's worth. Feel free to snarf it and comment on it. I'm not going to "tag" anyone with it, as I don't like chain letter-y stuff, myself. But, if you like it, take it. It's yours to use. If you do snarf it, leave me a comment so I can go to your blog and read your answers. Muchas gracias!!

We all have our little personal cult items that we feel have been unfairly bypassed by mainstream culture and, therefore, deprived of acclaim, a good long run, and/or lots of moolah. I know I have favorite shows and music that most of the world’s never heard of, and it makes me nuts sometimes. I thought it would be nice to share a list of “favorite underrated stuff” and see what other people might have to recommend, too. This list could have been much longer, but I’m trying to limit what could be a horribly long litany. I’ve skipped books, as I just recently did the book meme I snarfed from Javier’s Live Journal.

The Beautiful South (okay, so they get plenty of acclaim in the , but here? Nada.)

Bonus band: Wang Chung. I said it in my last post – Points on the Curve kicked ass.

Corrine and Andy - Swing Out Sister

True Believer (waitin' for “the great day of the rope”)

Every Terry Gilliam film (except The Fisher King)

Bonus movie: rent “Crazy People” – it’s not that great, but the fake ads will make you laugh your ass off. 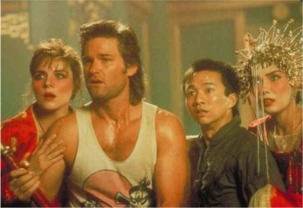 Are ya feelin' kinda invincible?

Homicide: Life on the Street

The Tick (both live action and cartoon)

Michael Palin’s marvelous travel shows: 80 Days, Pole to Pole, , Hemingway, , and . (I love that man. I want to travel somewhere with him. Seriously.) 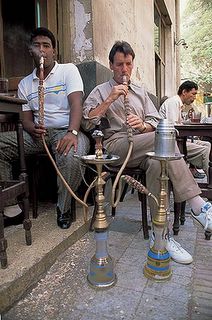 Michael Palin, world traveler, enjoys a hookah at the Khan al-Khalili in Cairo

Wall Drug, Wall, (maybe they have a new bowling cat by now – and you can see the better-known while you’re out in , kids!)

The , (Watch the wax figures sweat! Watch ’s lower jaw flap as he speaks! Try not to get thrown out for laughing at the spinning diorama and ’s flapping jaw!)

Devil’s (because it’s so freaking cool, and you can pretend to be Roy Neary, looking for François Truffaut and those rubbery ETs…)

. The whole state. Before and Dennis Quaid buy it all.

It's important. It means something...

Fried chicken at Stroud’s, (and be sure to buy one of their “We Choke Our Own Chickens” sweatshirts!!)

A real Amish family spread somewhere in (pick a place, just about any place)

An amazing hot dog (or two) at Portillo's in Chicago, Illinois (so very good and so very bad for you!) 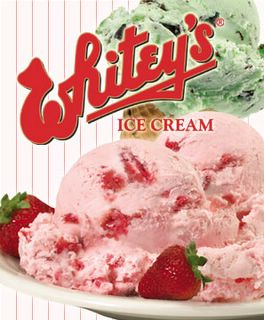 Whitey's ice cream is a religious experience. For real and for true.

I'm going to add a tv show and a musician -

TV Show
Due South This show appeared on CBS in the U.S. and CTV in canada from 1994 through 1997. Paul Gross played a canadian mounty that went to Chicago to find the murder of his father. It was very clever in a Northern Exposure kind of way without being as full of itself. It also boasted Paul Haggis Million Dollar Baby screenwriter.

Musician
Jen Trynin - She deserved more. She was supposed to be a star, but the record industry is so screwed up. Two fantastic cd's Cockamamie and Gun Shy Trigger Happy were regrettably ignored, she was released from her label, then backed away from music. She's now in a band called Loveless, writing a book about her experiences, and laying low.

Oh man! I'd forgotten Due South - that was an excellent show. Good call, Spencer. I will have to skulk around eBay and Half.com and Second Spin and see if any Jen Trynin shows up. You have outstanding taste in music. :-)

you guys got due south down there. nifty!! i loved that show, but thought it was one of many canadian gems that just stayed here. excellent!

Holy crap, Spencer - I found both Jen Trynin cds for a total of $2.98 on SecondSpin.com. Wow.

I'd suggest one other great TV show that was cancelled before its time: Freaks and Geeks (now on DVD)

If you want to read the backstory behind the show's premature cancellation, check out this article at Slate, which confirms everything we loathe about network executives...

I need to add Freaks and Geeks to my Netflix queue, AE. Shamefully, I still have not seen it. (What is my damage, anyway?!?)

We never got the last 2 seasons of Due South on CBS but TNT did show those episodes in syndication. The first season was just released here on DVD in the states, but I've been buying them from Amazon Canada where all but the fourth and final season are to be released.

They did a great job of highlighting Canadian music stars such as Sarah Mclachlan and Holly Cole, but music licensing issues have delayed the DVDs releases.

BTW - very good finding those Jen cd's - I can't wait to hear what you think.

Oddly, enough I have been to the majority of "places to travel to" - which is odd, as I hardly go anywhere... I guess I spent my time wisely. LOL!

Thank you for sharing!